How Do Random Number Generators Work?

Throughout history, the slot machine has been a mainstay of casino life. Because they are the most popular game, the first thing you see when you walk through the casino door are several rows of slot machines.

Casinos make nearly three-quarters of their income from slots. One reason they generate so much revenue is their popularity, but the other is because slot machines are truly more of a gamble than most other games because they use a random number generator. 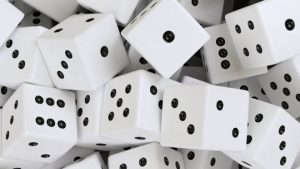 While slot machines have long been a steady and unchanging fixture on the casino floor, they also have been revolutionized by technology.

The first slot machines were completely mechanical. When you pulled on the lever, actual wheels inside the machine spun until they came to a rest on a final random combination. They operated similarly to a set of tossed dice.

Today, the final result on a digital slot machine is instead determined by a microprocessor inside the machine.

Today’s slot machines are completely computerized, and the set of symbols resulting from each play is chosen by a random number generator:  a computational algorithm (computer program).

The computer program generates numbers non-stop, even while the slot machine is not in play.

These numbers are generated at the speed of light, billions by the millisecond. When you pull the slot machine’s lever, instead of turning wheels that spin and click, the machine simply displays the latest numbers generated by the computer chip.

Does the ‘One-Armed Bandit’ Lever Matter?

These days the lever is almost purely for show. Since the numbers are selected by the random number generator instead of by wheels settling into position, pulling the lever doesn’t really making anything physical happen. When you pull the lever or push the button, the slot machine simply stops on the set of symbols that were randomly generated at that precise moment and displays them.

The microprocessors do not spit out truly random combinations. They are programmed before installation with a set payout ratio and a set hit frequency, and those will remain fixed for the life of the processor. This is done through another algorithm, which is a set of computer coding that lays out the rules for the microprocessor.

To be more specific, when computer programmers set the hit frequency on a random number generator, they are telling the slot machine how often to generate a winning configuration.

The payback rate is how much the machine pays out. This sets what percentage of the money in the machine will be paid out each time there’s a winning combination.

A slot machine’s payback rate usually has an inverse relationship to its hit frequency.

Different machines have different random number generators and they are each set with a different hit frequency and a different payback rate.

The Benefit of Random Number Generators

The biggest benefit of the random number generator is that it is absolutely impartial and can’t be “gamed” by the player. Once it is programmed, its payout ratio and hit frequency will stay accurate for the life of the microprocessor.

It’s important to remember as a gambler that nothing you do will change the payouts on a slot machine using a random number generator. Play speed is not a factor and won’t increase your chances of winning.