How to use Zoom and other video conferencing apps to play games?

People use Zoom to communicate online, but it can also be used to play games with their friends.

Many users have quickly adopted Zoom as their preferred platform because it provides numerous ways to stay in touch with friends and colleagues. Zoom's user base has grown dramatically in recent weeks. It has remained a popular choice among people for a variety of collaborative functions and other features. Zoom can also be used to play fun games with your friends for those who aren't aware, allowing you to turn a quick gossip session into a fun game night.

There's a game for almost every social situation—a classic board or party game for the family, a casual party game for coworkers, a complex and immersive role-playing game for one of your gaming groups, and so on—and many of them are available online for free or at a reasonable cost. Now is an excellent time to start playing games or, if you're already a gamer, to take benefit of all that new technology has to offer. Below are some of my favorite ways to play games online using a specific app or platform, a camera-equipped device, a video-conferencing app, and a stable internet connection. 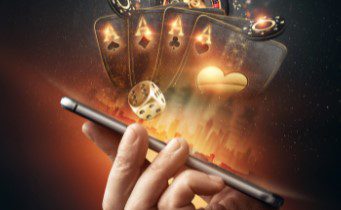 What is the best method to play games on Zoom?

Although Zoom does not have any games built into the platform, you can use the service to play certain games virtually with your friends by sharing the screen. You can play various fun and exciting games on the platform, including a word game, ice-breaker trivia, and others. Simply start a Zoom call with your friends, then open the game you want to play and share the screen. Let's have a look at how you can play games on Zoom and other video conferencing platforms.

While there are numerous Zoom games to choose from, we'll highlight a few of the best available right now:

Remote Insensitivity is an adult party game in which players must fill in the blanks on fill-in-the-blank cards to make horrible statements. To play the game on Zoom, simply text a link to your game room to everyone on the call.

It's very simple to play Bingo while on a Zoom call with your friends. You can go to My Free Bingo Cards to play a traditional Bingo game, or you can go to any other custom Bingo game that is easily found online.

Scattergories is a category-based party game for Zoomers of all ages that encourages creative thinking. Visit the free game generator and forward the link to all of your friends to play the game. You'll be given 60 seconds to come up with a word that fits into all five categories (for example, a book title or a girl's name), and you'll be given one letter.

This is a fantastic way to make new friends. You can play this game with your friends or coworkers and come up with a variety of "most likely to" scenarios. The game also allows you to figure out who is most likely to do something. You can find a list of questions here if you need some.

It is a fantastic game, and it can accommodate anywhere from four to eight people. It's a guessing game in which teammates give each other coded hints in order to guess the words on the board correctly. Again, the entry barrier is low in terms of rules to learn, and it's equally challenging and enjoyable.

After you've gone over the game rules, set up a video chat with everyone. The session will be created by the host, who will then share the link with the participants. Then you start a video chat, split into two teams (red and blue), and start playing on the virtual game board.

This app (which you can get for your computer or mobile device) is essentially a video-chat app with games built-in. You have the option of playing trivia, guessing games, or drawing games with up to eight people. Starting games is simple and quick after you download the app and create an account. This is a fantastic option for those looking for low-key, enjoyable party games that don't require much planning or infrastructure.

There's a reason that Among Us is one of the most popular quarantine apps. Every member in your group will need to download the app for this one, and you can make a private game for the entire squad to play. When you first start the game, someone will be designated as the "impostor," and they will kill off one by one their fellow crewmates; the surviving players will gather after each kill to discuss their theories and vote on who they believe is the killer—hopefully before they get you, too.

Jackbox Party Packs are a collection of wacky party games that can be played on almost any device (phone, tablet, PC, gaming consoles). Despite the fact that these games are intended to be played by a group of people in the same room (using their devices to input answers, draw clues, and so on, which then appear on a single large screen that everyone can see), they can also be played remotely. Jackbox Games recently published a blog post describing how to play their games from a distance (along with a video tutorial). The game must be owned by only one person in your group; the rest logs on to jackbox.tv and enters a code provided by the host, and you're good to go. Also, the Party Packs are currently on sale for almost every platform.

If you were a kid and went on a long road trip, chances are you played this game. Choose a category, such as celebrities or fiction books, and try to come up with a name for each letter in a set amount of time—with or without repeating all previous entries in alphabetical order. Giving a drink to anyone who can't think of a new word or forgets one of the previous ones is an easy way to turn this into a drinking game.