Microgaming has a history of successful online casino games so every time expectations are very high and the Secret Santa slot game has lived up to it in every way. The developers have invested reasonably on the graphics and the theme of the game. The notable theme symbols of the game are just apt to the occasions such as Christmas gifts, pudding, festive turkey and of course the Santa himself. It all looks very fascinating when you hit the notable symbols of the game. 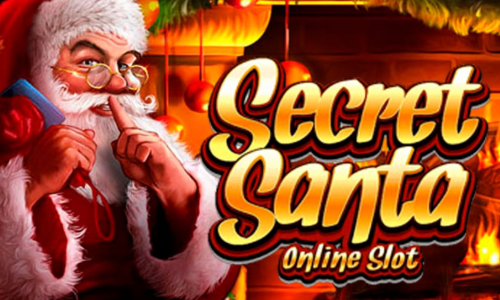 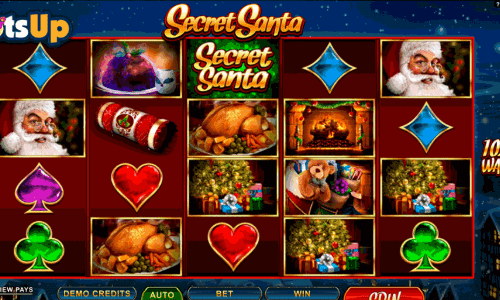 Where to Play Secret Santa Slot for Real Money:

For example, whenever you win hitting the Turkey icon then you will see a brief and lovable animation of the turkey being carved. One notable downside of the game is that the sound of the Secret Slot game is not what the players were expecting to be like. In the base games, the sounds are really low and feeble, but once you reach the bonus rounds, it becomes really sharp and loud, which is a bit uncomfortable to deal with while playing the game. It is uncomfortable in the sense that the players have to adjust the sound levels of their speaker in each changing round. This is abrupt, but not such a big deal. It is just to warn the prospective players as how to deal with the Secret Santa game.

How to play the Secret Santa online slot game:

The Secret Santa is a 5 x 4 video slot game with 1024 ways of winning. There are as much as 7 bonuses in the game which are randomly triggered while playing the game. These bonuses are so designed in the game that you can assume them from a mile just because of the way the reels are spinning. The bonuses in the Secret Santa game include up to 5 free spins, Mystery Multiplier, Random Wilds and the 3 Wild Reels. Bonuses are good to have even on a losing spin. The bonuses might not be that lucrative to be honest, but still they are exciting and exhilarating to have.

The maximum win possible in the Secret Santa game is 115,000 coins and it is very much feasible to hit the 1024 win pay line. The 5 of a Kind Again feature is probably the best feature that the Secret Santa slot gameoffers to its players. If you get the 5 of a kind which doesn’t involve the wild symbol, then you have another spin with a confirm 5 of a kind wins. According to the most of the experienced gamblers, it is more of an entertainment game rather than a game which can earn you good money or make you super rich. The significant difference will be that the icon triggering your genuine win will change.

Some notable features and symbols of the game:

The following is a list of the main features and symbols of the Secret Santa game: