The New Attraction of Cyprus

The island of Cyprus could possibly seem the least suitable place for a project of such magnitude and renown as the “largest casino in all of Europe”. Since this country is surrounded by countries such as Syria, Lebanon, Egypt, Greece, Israel and Turkey, this Mediterranean country is within strong currents not only religious but also policies that almost never accept gambling as part of its fundamental values.

Be Ready to Witness the Largest Casino Resort in Europe

The Mediterranean island of Cyprus expects to have the largest casino resort in Europe. The complex plans to have a total of one hundred thirty-six gaming tables along with one thousand two hundred slot machines. 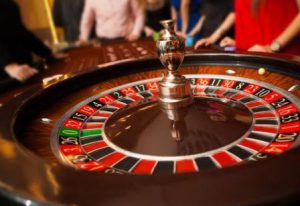 The five-star hotel attached to the casino will have five hundred rooms for all those who want to enjoy the games and at the same time have a place to stay, this new complex is expected to feature luxury villas, shops of the best international and national brands , eleven gourmet restaurants, sports spaces for recreation and enjoyment of guests, wellness centers for relaxation, an amphitheater and a concert hall that will be built next to the Hard Rock franchise, which will have a capacity to accommodate fifteen hundred people in his room.

Everything that will be included in this new casino resort seems to fulfill the objective of transforming and converting this resort into one of the largest and most important tourist destinations in Europe related to gambling and betting.

Not the First One

For Hard Rock, this would not be their first project related to resort casinos, because in Punta Cana one is already in operation belonging to this company. This casino resort has casino promotions, players’ club, one of the best poker rooms, a spa, unlimited resort credits, music room, a golf course for amateurs, a nursery for the little ones in the house, gourmet restaurants, a nightclub and several spaces for concerts and events such as weddings, meetings and honeymoon packages.

Hard Rock also already has several hotels around the world, from Ibiza to Bali, which is considered one of the best and most entertaining worldwide.

President of NGC Addressed the Media

The president of the National Gaming Commission of Cyprus, Christos Mavrellis, assured the Chinese media Xinhuanet that the materialization of the project for the establishment of the first casino resort in that Mediterranean country, which is predicted to be the largest of all the European continent, progresses smoothly despite the withdrawal of one of the partners, the business group Hard Rock International.

The president of Cyprus Nicos Anastasiades explained to the media that this resort casino “is the most important project that has ever arrived in the country and would attract up to 300,000 visitors annually to the island. Today, tourism already contributes twenty percent of the country’s wealth. Specifically, only in taxes, this casino is expected to raise one hundred million Euros per year.”

For Andy Choy, president of Melco, the expectations are that the casino resort will be in operation and finished by the first half of the year two thousand and twenty.

The new resort casino that is under construction on the Mediterranean island of Cyprus, is expected to be the largest casino resort in Europe, as expectations are that it will become a destination for all those tourists who want to spend a fun, entertaining and enjoyable stay. Those were the statements that the president of that country presented.

Connection with the Top Investor in Hong Kong

The monumental project expected in Cyprus is linked to Melcon International, one of the largest investors in Hong Kong, which is considered one of the most prestigious and relevant casino performers in the world, who has recently abandoned the project Hard Rock Entertainment World of the company which also included Hard Rock and a local company called CNS Group, this would be the macro tourist and leisure complex that would occupy eighty-five hectares and would be located in the vicinity of PortAventura World resort, in the province of Tarragona, Spain.

This complex would have several hotels to provide accommodation for tourists, casinos and gaming rooms for the recreation of adults, as well as two theme parks, a water park, fields for golf enthusiasts, a Beach club, convention center, theater rooms, offices, shopping centers, restaurants, swimming pools and sport areas, in addition to other ongoing projects. This project was going to be composed by the trio of companies willing to replicate a model that was very successful made by Melcon in Austraila with the Crown brand.

The executive director of the company Melco International Resort and Entertainment based in the administrative region of China, Hong Kong, Lawrence Ho, told the media that this project would be the first expansion of his company outside the Asian continent.

Lawrence Ho said that a temporary opening is expected for June twenty-eight, it will be in operation while the rest of the project is completed. This provisional casino will have thirty-three tables of poker, baccarat, blackjack, among others, two hundred and forty-two slot machines, among which will be the traditional and virtual machines and a VIP area destined for big bets.

Cyprus itself is already an important tourist destination of the European Union because it has a temperate climate, the Mediterranean island has the additional advantage of having a population with healthy per capita income, which means that the premises may not be blocked as it happens in so many Asian countries with new casinos, although about five years ago the island of the Mediterranean had an acute financial crisis that almost bankrupted the country, it recovered completely with respect to its economy until growing approximately three to five percent per year in succession.

More About the Casino

Nicos Anastasiades, president of Cyprus, explained that the City of Dreams Mediterranean casino project, valued at five hundred and fifty million Euros, is considered the largest investment complex that has ever been made in the island country. Anastasiades told the media that the complex will create around six thousand five hundred jobs, attract 300 thousand additional visitors to Cyprus each year and contribute some seven hundred million euros that in dollars would be approximately eight hundred twenty-eight, to the economy annually.

Melco argued that he will acquire 35.37 percent of Hard Rock’s stake, thus increasing his participation in the project to 70.74 percent. The local partner CNS Group owns the remaining 29.26 percent. So Melco automatically becomes the largest investor in the complex.

At an inauguration ceremony, the president of Cyprus Nicos Anastasiades told the media that the country is much more than an attractive tourist destination sun and sea, Cyprus has all the prerequisites to establish itself as a regional Premium destination and, no, global, a true point of reference for luxury tourism and responsible gaming.