Powered by Microgaming’s Quickfire platform, Aurora Wilds is a game which has an elegant theme based on Northern Lights. You will get one of the best online gaming experiences of your life once you try your hands on this game. The game also includes some progressive jackpots, re-spins and a lot more. Apart from the re-spin function, this game has also introduced the market with some quality sounds and animations. There is also an option of availing the jackpot wheel that can provide you with a maximum of 2,000 times your bet. Aurora Wilds has been preferred by a large community of online slot players as the chances of winning and making it big in Aurora Wilds is better than most of the slot games around. To get a better understanding of the game, and how to own it, you can take a look at the review of Aurora Wilds below. 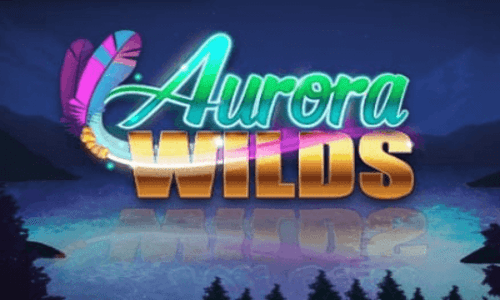 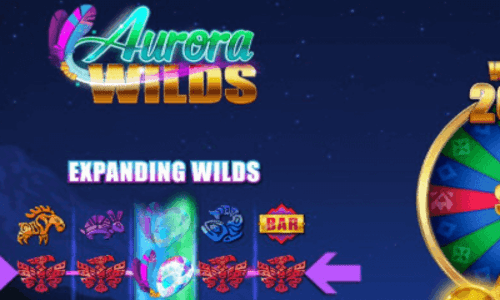 A video game slot having three rows, five reels, and ten fixed lines, Aurora Wilds is a game that allows players to play both ways. This means that you can play the slot from right to left as well as from left to right, whichever way you want. You can play this game on your smartphone as well as on your desktop. While playing, you get a chance to bet from 0.10 to 60 credits per spin.

The average variation game carries an RTP of 96.20%. The snow-capped scenery of the mountains in the background of the frameless game window adds more to its elegance. Not only this but the window of the game includes tribal symbols of some animals, which makes

the game more appealing. While playing, you will hear a similar soundtrack to that of Starburst-escalation when you win a spin, or you opt re-spin.
Neon Valley Studios have fulfilled their objectives to raise the standards of the game by including carved animal symbols to the game’s interface. These symbols include fish, rabbits, turtles, eagles, and moose. Let’s take a deeper look at these features in the blog below.

Neon Valley Studios have focussed their attention on the display of animal symbols on the reels. The symbols consist of turtles, fishes, rabbits, moose, and eagles. When you hit all five of a similar kind in a single row, you get from 2.5 to 6 times your bet amount. The “red 7s” and the “bars” are known to be premium symbols. When you hit five red 7s or five bars in a single row, you have the chances of getting 12 to 15 times your bet amount. A neon feathered diamond is also available that is known to be the expanding wild. It appears only on the centre reels and can substitute all the other symbols.

The primary feature of the game that provides you with bonus spins is the feature of re-spin. Whenever a wild symbol lands on the reels, you will get a chance of re-spinning the wheel. The entire reel is expanded with the fills, and then you get a chance to re-spin. This stops only when the wilds appear on all the middle three reels, or there are no more additional wild reels.

The wilds appear on the middle three reels. Similarly, the golden wheels also appear on the middle three reels only. Once you land three golden wheels on the same spin, you will be provided with a spin that will contain the Jackpot Wheel feature. There are 4 potential prizes you can get in the jackpot, and it depends on the position where the pointer lands. They are as follows:

Once you activate the feature of the jackpot wheel, you will definitely win a prize.

By far, we have seen that the Starburst offered a maximum win of 500 times the bet amount. But this time, Neon Valley came up with one of the biggest revolutions by providing a maximum win of 2,000 times the stake. Apart from the winning amount, the RTP of this game is relatively better than any other slot games in the market with the same features. The best thing about this game is the ease of access as you can play this game on your PC, android as well as your iOS devices.